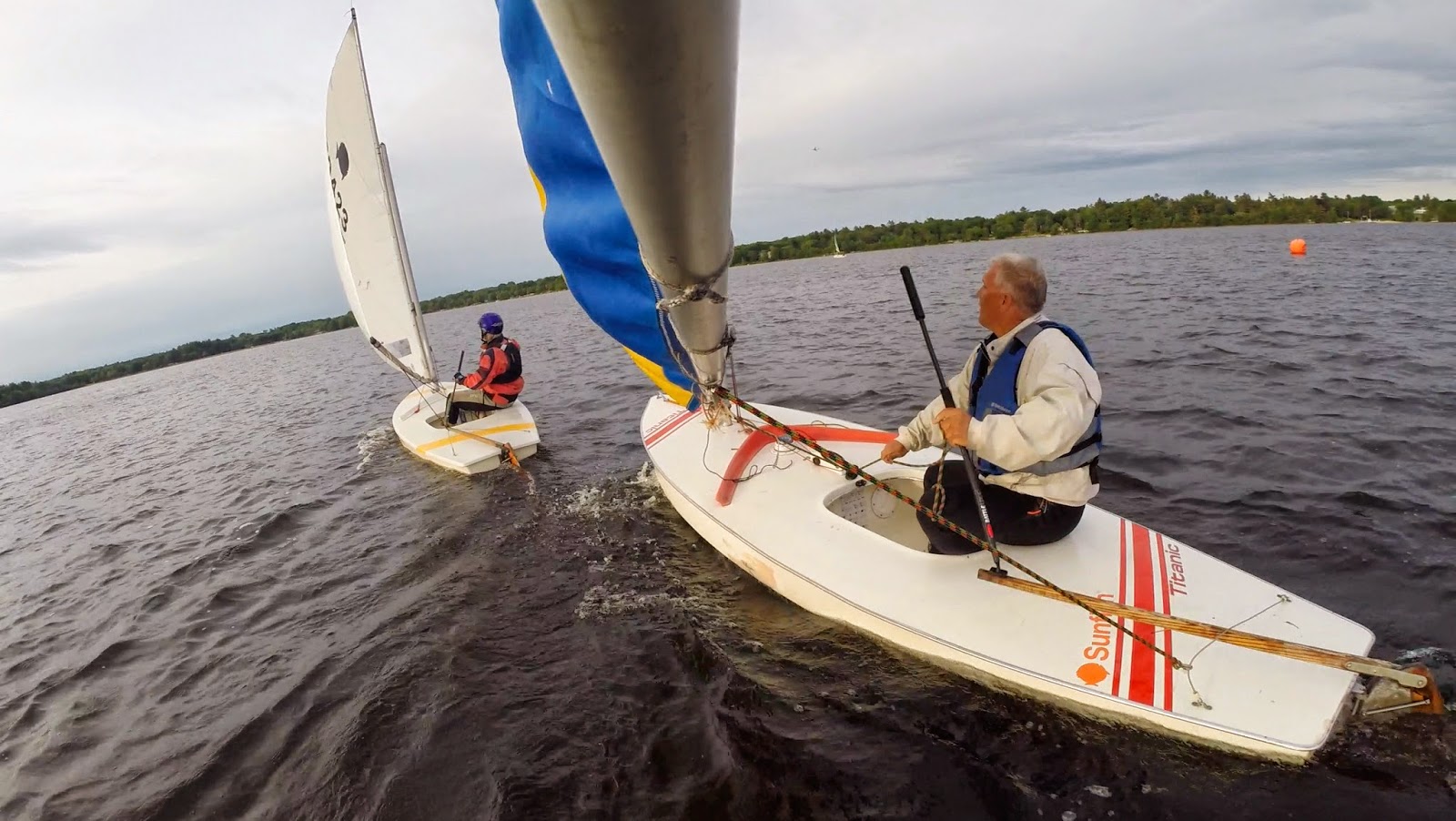 Work and vacation schedules made for a depleted Sunfish fleet at last night's Double Secret Wednesday series. Three Sunfish made their way around the course in the dying wind, bobbing and weaving and  a couple of them besting most of the 8 Flying Scots on the water.  Gary Werden and Mark Stoughton played a game of "Follow the Leader" after Gary took the start. The distance between them varied, and was never very large, but Gary never relinquished the lead, taking Sunfish Fleet honors and coming in 3rd overall.  Mark was close behind in 4th. Alan Dimson-Doyle made his first start of the season, and fell victim to the utter lack of wind at the end of the race, coming in 3rd.

Next up is the Saturday Series at 3:00pm this coming Saturday.  We are having a pot luck cookout with the Laser fleet after the race, so bring a contribution and your appetite!
Posted by Unknown at 4:04 PM