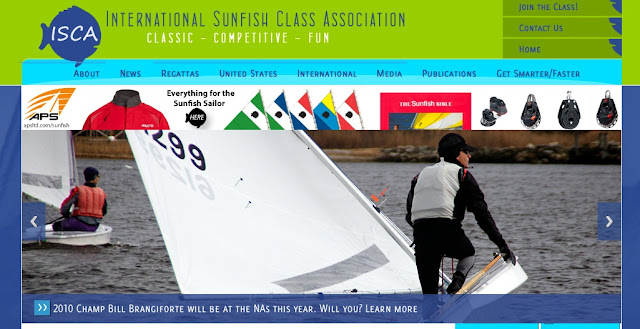 After several months of effort, the International Sunfish Class Association has unveiled their new web site.  The site is a huge improvement over the old one, and should make life easier for everyone.

Eric Woodman, the New England Class Representative, and Rich Chapman, Class President both deserve a big thank you and round of applause from the entire fleet for spearheading this site redesign.

I’m thrilled to announce that the new Sunfish Class website is live at the same old URL: http://sunfishclass.org!

Getting this site created has been a multi-year effort and something of a personal crusade for me. It was designed and built by WebWorks Café, a San-Diego based company that the class contracted with at the end of 2012. I think you will find that it’s a significant step forward for class communication, branding and general well-being.

Among the things the new site enables is joining the class online/renewing membership. It will also be self-sufficient, via the sale of online ads. I think you will find it visually exciting and a reflection of what makes our odd little boats so much fun to sail and what makes the Sunfish Class unique in the sailing world – that’s what we were going for anyway!

The site includes pages for each region. Here you will find the racing calendar, news, events, words of wisdom, etc. Bookmark this page!

I urge everyone reading this to visit the site, take a look around, provide feedback (we are well aware that the content is a work in progress and will be only improved by contributions from people like you), join/renew your Class membership and visit the sponsors. It’s important that you not only support advertisers on the site but do so by clicking on their ads from the class site (they will know if people are doing this and it will help reinforce that advertising with us is a wise investment).

Let me know if you are interested in advertising on the site (we can have your ad limited to New England, if you want).

Credit should go to USCA President Rich Chapman, who since his election last summer has managed to push the rest of the Class Leadership to support investing in online communications.

Now that the site is done, I can get back to being more involved with keeping you all up to date on what’s going on. It’s been a lot of work!


Sunday was the 2013 annual Spring Work "Party".  All of our intrepid party goers participated in such fun activities as "Pin the Tail on the Dock", "Pick up Kayak Rack Sticks", Hide and go Seek the Leaks" and "Bobbing for Moorings".

And unlike most parties, the club was left in ship shape and there was nothing to clean up at the end!

It was so successful that we're planning to have another one in the fall. 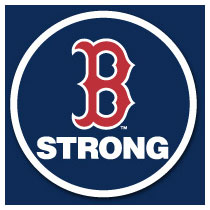 Pretty much anyone you talk to around here knows someone who was directly affected by Monday's bombing of the Marathon.  Massapoag's own Dave Ryan was 30 yards away from the blast.  Many MYC members who I've not been able to talk to yet work in Boston. There are three people who live within 100 yards of my house who were there.  One Boston Police Officer, one ER Nurse and one runner.  I know two more people who were in the crowd at the Finish Line.  Luckily they all escaped injury. They saw things that nobody should ever have to see.  They did things that nobody should ever have to do.

My heart goes out to all of the injured and my condolences to the families of the dead. Nobody should ever go out to a fun event and end up a casualty.

Thanks to everyone who's shown support to us.  We're a big city, but a small community.  Everyone here is pulling together, and we'll get through it.
Posted by Unknown at 10:22 AM 2 comments:

Looking for a Few Good (Well, almost Any) Sunfish 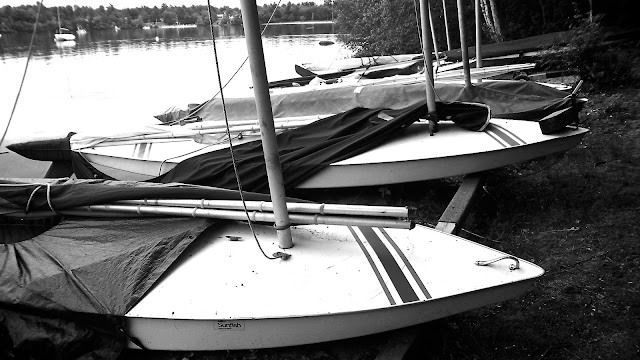 The Sharon Recreation Department is looking for a few good Sunfish. Their current mixed fleet is in disrepair and is not conducive with their mission to get as many kids on the water as possible.  They have decided to standardize on a single class of boat, so that they can maximize their teaching time, and allow the kids in the program to spend their time on the water in a simple boat, without having to learn the intricacies of several different boat classes.  They have selected the Sunfish to be their sole class.  Sunfish are the most popular sailboat in the world, with over 200,000 built.  Used Sunfish are generally available for less than $1,000, and frequently people are willing to donate their older unused boats to a program.  Gary Werden has volunteered to refurbish any boats acquired by the department, and the Massapoag Yacht Club is lending a hand in soliciting donations, and will welcome the young sailors into their regular Sunfish racing program.

So, if you have any old Sunfish lying around, and want to give it a good home where it will be used by happy kids, please consider donating your Sunfish to the Rec Department.

If you are interested in donating your Sunfish, please send an email to us at MYCSunfish@gmail.com
Posted by Unknown at 4:38 PM 1 comment: